Ale Santuz: Tough Guy: the safest most dangerous event in the world 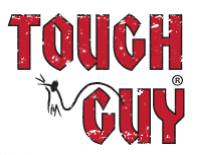 Some of you surely remember my post about the Red Bull 400 or the Sant'Antoni's Night Trail, that both show my inclination to strange races. But what you are going to see in this video posted by Brooks Running Germany YouTube channel, is somewhat over the normal conception of "tough race". The "Tough Guy" is claimed by its organisers to be "the safest most dangerous event in the world". You won't find it hard to believe after the first seconds of the following clip.

The course map says it all, with a section named "Killing Fields" and another called "Bracken Maze Tortures"! My favourite part would certainly be the "Brasher-Disley Steeplechase" (you can have an overview at the minute 1:52), even if I'm not so sure that all that mud is going to help the fun...

Many congratulations to Knut Höhler (Brooks Running Team) for the Hattrick!